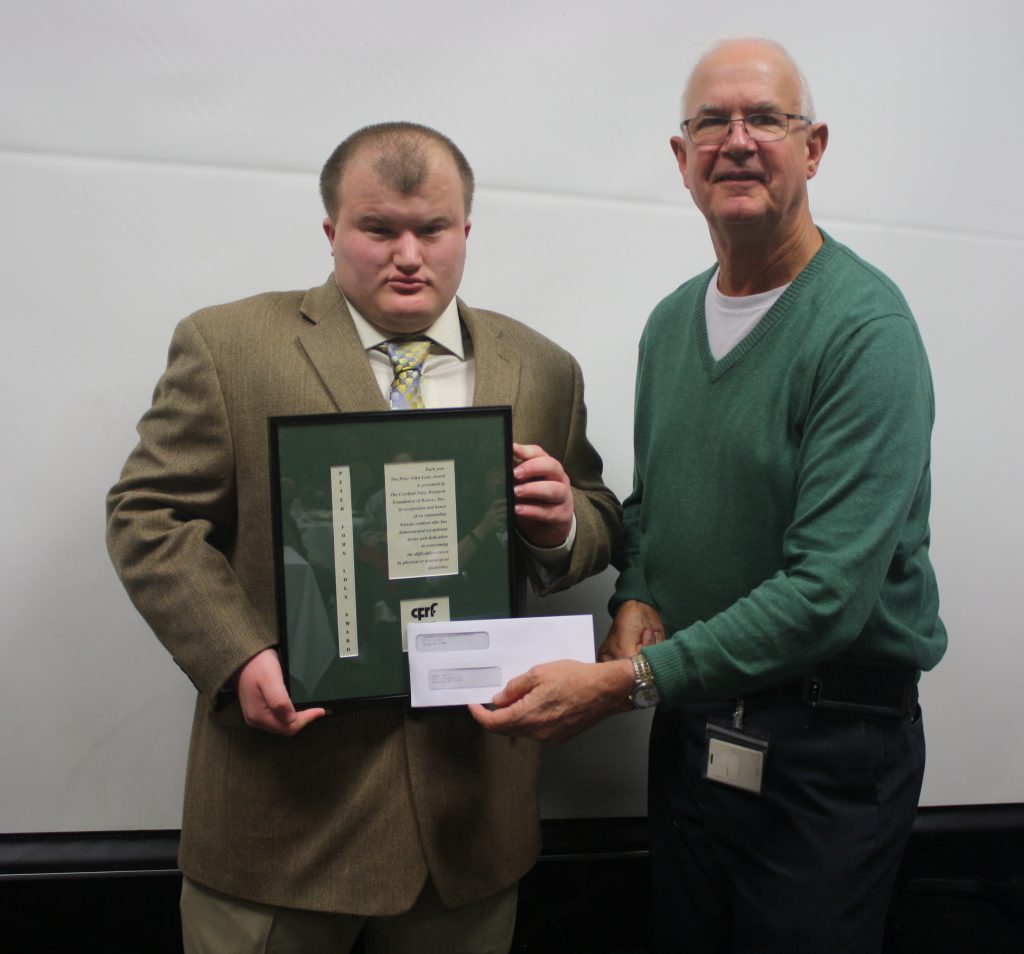 A little bit about Logan:

Logan Davis was born with a condition called pulmonary stenosis which is a cardiac defect. He also has Asperger Syndrome; a form of Autism Spectrum Disorder which is a condition characterized by persistent impairment in social interactions and by repetitive behavior patterns and restricted interests.

According to his grandmother, as a child, Logan was like a “little professor” having expert knowledge at a young age about tornados and tsunamis.

He participated in Speech Therapy throughout grade school and focused on learning social skills, facial expressions and how to engage in reciprocal conversation.

Logan has extremely tight skin with the sensory nerves very close to the surface of the skin which makes it uncomfortable for him to be touched. While painless for the average person, a pat on the shoulder is uncomfortable and even painful for someone with Asperger’s.

For many years Logan participated in Special Olympics swimming, basketball, and summer events.

While in high school he was one of only 60 students selected from Kansas to attend the Robert J. Dole Institute for Political Leadership Camp. He also made the honor roll every year, was a member of the National Honor Society and played soccer.

At his high school graduation he received, by unanimous faculty vote, the Outstanding Student in American History Award bestowed by the Daughters of the American Revolution.

Logan also volunteered over 300 hours at the Robert J. Dole VA Medical Center which has resulted in a growing empathy for our veterans.

He earned a full scholarship to Butler County Community College as a student worker in the Athletics Department where he works as a statistician for soccer and basketball games. In this fast-paced position, he is required to remember a detailed list of tasks for each game.

According to the Associate Athletic Director, “Logan has done a great job with a demanding task that requires him to input information into a computer at the speed of the game”. He went on to explain that the other student workers consider Logan to be one of their leaders and they look up to him because of his knowledge and experience.

Logan will graduate from Butler County Community College in the spring of 2018 and plans to pursue a degree in Sports Management at Wichita State University.

As his neighbor, a retired United States Air Force Colonel, shared in his recommendation letter, “Logan has maintained high academic achievements and with a chance to continue his education, his exceptional ability to remember and apply facts and details will be a positive factor in his future”.

According to his grandmother, Logan is a remarkable young man who sets daily goals as well as life goals. He has accomplished things the average person his age has not. He is hard working, thoughtful and considerate.

Surrounded by his family, friends, and the whole CPRF crew, Jacob received a check for $1,000 at an awards banquet.